Posted By Susan Smith on Feb 3, 2017 in Locksmith Services |

There are so many kinds of door locks present in the market. You can find a door lock that can be used only from the inside. Others have keys that are made up of metal and some plastic. Different kinds of door locks are used for different kinds of abode. Hotels, nowadays, prefer using cards. The guest who would check-in is given identification-card to serve as their keys. This type of keys to lock doors is, most of the time, programmed to be used only during the stay of that particular guest. This special type of keys is used by places that are open for the public so as to facilitate order when there have misplaced key cards.

Did you know that there are many types of door locks? Thanks to the guys at ArvadaLocksmith.net, here are the most common types: 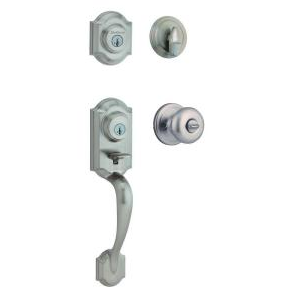 They are usually found on bathroom doors. The reason why they are usually installed in the bathroom is because they are very insecure as you can easily pick them. They work by preventing the handle from rotating.

From their name, they are keyless. The locks are usually locked and unlocked using a unique code that is entered into a keypad. The cool thing with the locks is that they are very secure.

Since there is no keyhole you don’t have to worry of someone picking the lock. Due to their security level, they are found in commercial buildings and other places that require heightened security levels. In addition to being found in homes, you can also install keyless locks in your car.

They work just like other locks only that they aren’t manually applied. The locking and unlocking mechanism is run through electronics. The locks are usually opened and closed using a key or code. The good thing with them is that they can’t be picked using the manual lock picking tools. They also can’t be broken by brute force.

Since they are wired electronically, you have to rewire the system if you need to force your entry. Due to this they are very secure.

There are many types of these locks with the most common ones being:

Single-cylinder deadbolt: they are the most common and are characterized by a keyhole on the outside of the door and a notch on the inside. The notch is the one that you turn in order to lock and unlock the door.

Surface-mount deadbolt: here a D-shaped apparatus is mounted on the inside portion of the door. These locks play a major role of preventing a burglar from hammering off the deadbolt from the outside.

While deadbolt locks are very effective in their working, they aren’t very secure as you can pick them using the common picking tools.

Commercial locks are widely used in the business environment. It can be a good investment for any business environment since it is able to help them keep the valuable storage safely such as jewelry and electronic. The place for the establishment depends on how heavy-duty you require your lock to be. Deadbolt is highly recommended for you who live in the area with high crime rate since it is more secure.

Exit control lock is the popular type of commercial door locks. Commonly, it is used for the back door. It has some regulations to follow. For a more durable lock, you are recommended to choose one with cast aluminum housing so that it is corrosion and attack resistant. In addition, it is easy to install. They are battery powered.

There are a lot of types of exit lock available. You can choose one with the exit bar sign in French, English, Chinese, Italian, German, and Dutch. They commonly come with saw-resistant deadbolt and high decibel alarm horn to prevent the burglary. In addition, you can find some with outside key control.

Another type of commercial door lock is card reader lock. It is very convenient to use, to lock and unlock your door. They also come with a sleek and upscale design. They are commonly equipped with an LED light and alarm for indicating the accepted access. In addition, they need card readers to be touched or swiped by the card.

This type of lock is easy to install. Some are designed with weather and water proof and exceed the code safety requirements. In addition, they are equipped with audible and visual alarms up to 100 decibels.

This is one of the types of door lock which is popular today. With this type of lock, you don’t need any key so that you will not hassle about losing the key. For a more reliable security, you can choose high-tech fingerprint lock. It is designed with biometric technology which is able to sense the fingerprint. Since the access is by using the fingerprint, this lock has the database of the fingerprints which have access to the room. Mostly, they are able to store up to 100 fingerprints. They can also automatically turn on when you put your finger on the sensor.